Welcome to Kayifi's News page. In this page, you will find announcements, Agents of the month, upcoming Webinars, acknowledgement of the month for countries, and new agents that we welcome.

Kayifi Outreach is coming Soon! At Kayifi, we recognize the importance of Caribbean youth as a pillar of the future of the islands. We are excited to introduce a new program: Kayifi Outreach, aimed at giving Caribbean youth knowledge, resources, and tools integral to their success. Check out the following links for more information!

Great News Everyone! We are always looking for new ways to improve Kayifi and keep the listings fresh! For all buyers and tenants, we want you to be able to find what you are looking for.

For all sellers, real estate agents, brokers, and landlords we want you to get many inquiries on your listings. Please edit your existing properties to reflect the date that your verbal or written contract to sell or rent expires. When you enter new properties, please add the date in there too. By default, all properties will expire in 120 days from the date of entry. But don’t worry, you will receive an email notification with easy access to update 1 week prior to the expiration date.

As you may have noticed, we have changed the layout of our homepage and the functionality of our property search to make finding your perfect Caribbean home even easier! If you have any problems, questions, or feedback on the new look, click here to contact us. Thank you for using Kayifi!

Coming Soon! Kayifi Vacation Rentals. List your short-term and vacation rental properties. Contact us for more information and to be updated!

We have added tutorials to our Youtube page, to find out how to register, how to upload profile and property pictures click the link below https://www.youtube.com/channel/UCu8TgI-NstRIS0ehKlby2Bg

New Cruise Ship to the Shores of St. Kitts-- "EVIRMA"

On Saturday, November 26th, 2022, St. Kitts and Nevis welcomed their newest cruise ship, "Evrima," to the island, making it now number six in the luxury fleet. St. Kitts is able to bring in cruise ships of this capacity due to its intense focus on providing an appealing destination to all tourists.

Evrima is the first Ritz-Carlton yacht to be added to the new collection line. Likewise, it's the first yacht that resembles The Ritz-Carlton properties while featuring the most recent and finest designs from the top yachts around the world. Evrima can accommodate up to 298 guests and boast some of the most luxurious amenities with special guests on board.

Marsha T. Henderson expressed her gratitude to the Ritz-Carlton Yacht Collection for picking St. Kitts to be a part of the cruise ship's itinerary. "Luxury cruise lines choosing to venture to St Kitts indicates that the destination is undoubtedly special, offering unique and exploratory experiences."

On board the luxurious vessel, you can experience the following:

In his statement, Minister Henderson had this to say; "The Caribbean region tends to distinguish itself from other global cruise destinations, making it pivotal that St Kitts positions itself to grasp the attention of cruise lines and its passengers, respectively."

Passengers are able to shop freely at ports of call, like St. Kitts port; Port Zante, and enjoy local crafts, diverse food, and drinks along with collecting souvenirs.

Before guests get back on board, they are invited to experience their choice of tours and scenery the popular island has to offer.

Clearly, St. Kitts is exceptionally proud to welcome cruise ships of all sizes. In fact, the entire Caribbean is thrilled to celebrate the return of cruise activities on the islands. So far, St. Kitts has had over 10,460 cruise passengers visit the island. They hope to see you next!

Learning About the US Virgin Islands

The US Virgin Islands are officially known as the Virgin Islands of the United States. They are a group of Caribbean islands considered a territory of the United States and located in the Leeward Islands. The main islands belonging to this group are St. Croix, St. John, and St. Thomas. However, an additional 50 smaller islands and cays surround them.

History of the US Virgin Islands

The original residents of the US Virgin Islands were the Caribs, Ciboney, and Arawaks. Like most Caribbean islands, the native people disappeared shortly after Christopher Columbus visited in 1493. However, Columbus and his crew weren't solely responsible for the end of these peaceful and skilled tribes. England, France, Holland, and Denmark also attempted to settle the islands.

Until 1733, the French successfully claimed St. Croix after overtaking the previous Spanish inhabitants. St. Johns and St. Thomas were colonized by Denmark. They thrived in plantation agriculture during the late 1600s and the early 1700s. Eventually, the Danish bought the third island from France, and the region became known as the Danish West Indies.

Enslaved people were forced to work long and exhausting days on the plantations. Thousands of enslaved people were set free at the rebellion in St. Croix, but far more remained the colonists' property. Finally, slavery was abolished in 1848. Following this turning point in the islands' history was a collapse of the fragile economy. The next few years were a challenging time for the islands' residents, characterized by several devastating natural disasters and a struggling economy.

In 1917, the USA purchased St. Croix, St. John, and St. Thomas, which became the US Virgin Islands. The United States improved the declining economy by establishing a tourism industry, which wasn't too difficult with all the islands offered to visitors. Today, the US Virgin Islands is known worldwide as a famous vacation destination.

Culture in the US Virgin Islands

The unique culture of the US Virgin Islands is a beautiful blend of Caribbean and American customs, events, values, and arts. For instance, the music you may hear at restaurants and other establishments could be anything from reggae and calypso to blues and American pop.

The friendly people in the US Virgin Islands are primarily of African or European descent. However, you'll quickly observe that the diverse population comprises Americans, Hispanics, and people from modern-day Europe, too. Most residents speak, write, and read-only English with a distinctive accent.

A significant part of the culture in the US Virgin Islands is the people's dedication to religions, like Baptist and Catholic Christianity. But they also mix traditional Caribbean values into their practice, like superstitions and stories passed from generation to generation.

The cuisine for these islands is primarily based on seafood, like many other Caribbean nations. If you're taking a trip to this stunning destination, enjoy the national dish, Fish and Fungi. This unique combination of foods dates back to when Denmark ruled the lands. Hefty portions of fish are served with tender dumplings made from salted cornmeal, shortening, and water.It’s a culinary adventure you’ll not soon forget. 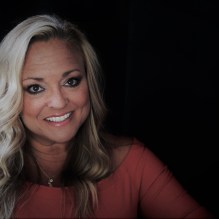 Agent of the month

Bio: I am a real estate agent of the KAYIFI community, I am here to support any information or doubts that you require when buying or renting a property. I want to assure you that you can count on a professional advisor in the entire real estate sector. My goal is that each client is forever. Contact me now and let me be your real estate advisor. Read More...

Want to become agent of the month?

Here are the qualifications to become agent of the month with Kayifi.

Bio: "Selling, buying or renting a property can be hassling. Having the right guidance can significantly reduce or eliminate such stress. A professional real estate agent with customer service and banking experience as a mortgage consultant is ideal to guide your sale, purchase or rental of real estate. Bursting with information; my goal is to u... Read More...

Bio: Since its inception in 2009 RE/MAX Elite has been one of the leaders in the Jamaican Real Estate market in name awareness, sales performance, and has built an excellent reputation on its exemplary service. Our goal is to make the home buying and selling process as easy and efficient as possible for you, our clients. Whether you are selling your... Read More...

Bio: Since its inception in 2009 RE/MAX Elite has been one of the leaders in the Jamaican Real Estate market in name awareness, sales performance, and has built an excellent reputation on its exemplary service. Our goal is to make the home buying and selling process as easy and efficient as possible for you, our clients. Whether you are selling your... Read More...

Bio: To provide a range of real estate services through a team of highly-trained and motivated professionals, who will deliver an unparalleled level of service while satisfying the needs of our clients. To treat our clients, colleagues and country with respect and dignity and to set new standards of excellence within the real estate industry. Read More...